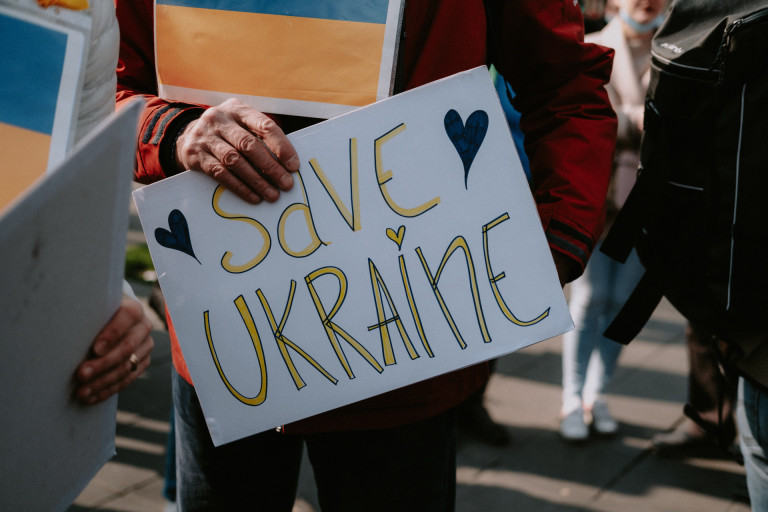 The arrival of children at risk from Ukraine

Dobrá rodina o.p.s. – our long-time partner organisation – has managed to bring the first group of Ukrainian children without parents to safety in the Czech Republic from the war zone.

It was very difficult, but with the help of TV Nova, the Czech Red Cross, the City of Prague and the Embassy of Ukraine in the Czech Republic, 54 children are now safe, along with nine accompanying adults.

A convoy of five ambulances, one bus and an accompanying vehicle took the children and their guides aboard at the Ukrainian-Polish border. The group was fleeing the battle-affected areas of Zhytomyr. The children, who depend on the daily help of others, spent five days on the road. The transport itself took 27 hours in a row and covered a total of 3,000 kilometres.
Dobrá rodina o.p.s. and other companies that helped, managed to do a little miracle in the form of the evacuation of these children. It was not an easy matter; for example, the children spent five hours on the bus at the border crossing alone, which was very traumatic for them.

A smaller group of children headed to Ústí nad Labem, where they are staying at the local home for persons with disabilities (Domov pro osoby se zdravotním postižením, DOZP). Here their needs are comprehensively serviced. Together with them, there are three child-rearing professionals and their three children.

A larger group of 43 children – six members of child-rearing staff with their two children – headed to the recreational facility of the Prague City Hall in Žihle, the Plzeň Region, where they will spend the next ten days mainly relaxing. Gradually, this group will be handled more intensely in the areas of both physical and mental needs. All of the children are experiencing various forms of post-traumatic shock caused by the war in Ukraine. The accompanying adults have left their entire families in Ukraine, and they too are intensely affected by the weight and trauma of today in full measure.

Our company, FINEP, has been working hard, along with Dobrá rodina, to help this group of children, and we are very pleased that we have succeeded in putting pressure on a systemic solution to the problem. To our delight, for example, there will be a bilateral meeting between the Czech Minister of Social Affairs and his Ukrainian counterpart, where the possibility of evacuating other orphaned children will be discussed.

Within the framework of FINEP, we have decided to grant 3 million CZK in the first wave to support the operation. And we are ready to continue to support the cause. At the same time, we would like to thank TV NOVA, which helped financially with the transport. We would also like to thank the Prague City Hall for providing the recreational facility. The Ukrainian Ambassador to the Czech Republic, His Excellency Yevhen Perebyinis, also provided enormous help to all of us in our dealings with the authorities in Ukraine.

The mission of Dobrá rodina and us, FINEP, is not yet over. We are going to try to evacuate two more groups of children that we are aware of. But even for this first success, we are very happy. Because good things have meaning. Simply because they are good!

A short video from the trip